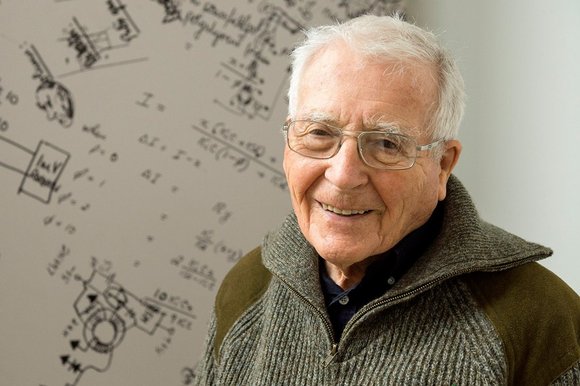 27 Dec James Lovelock: ‘enjoy life while you can: in 20 years global warming will hit the fan’ By Decca Aitkenhead

Posted at 17:02h in Read or Stay Stupid, Uncategorized by nicolas 0 Comments
0 Likes

The climate science maverick believes catastrophe is inevitable, carbon offsetting is a joke and ethical living a scam. So what would he do?

In 1965 executives at Shell wanted to know what the world would look like in the year 2000. They consulted a range of experts, who speculated about fusion-powered hovercrafts and “all sorts of fanciful technological stuff”. When the oil company asked the scientist James Lovelock, he predicted that the main problem in 2000 would be the environment. “It will be worsening then to such an extent that it will seriously affect their business,” he said.

Lovelock has been dispensing predictions from his one-man laboratory in an old mill in Cornwall since the mid-1960s, the consistent accuracy of which have earned him a reputation as one of Britain’s most respected – if maverick – independent scientists. Working alone since the age of 40, he invented a device that detected CFCs, which helped detect the growing hole in the ozone layer, and introduced the Gaia hypothesis, a revolutionary theory that the Earth is a self-regulating super-organism. Initially ridiculed by many scientists as new age nonsense, today that theory forms the basis of almost all climate science.

For decades, his advocacy of nuclear power appalled fellow environmentalists – but recently increasing numbers of them have come around to his way of thinking. His latest book, The Revenge of Gaia, predicts that by 2020 extreme weather will be the norm, causing global devastation; that by 2040 much of Europe will be Saharan; and parts of London will be underwater. The most recent Intergovernmental Panel on Climate Change (IPCC) report deploys less dramatic language – but its calculations aren’t a million miles away from his.

As with most people, my panic about climate change is equalled only by my confusion over what I ought to do about it. A meeting with Lovelock therefore feels a little like an audience with a prophet. Buried down a winding track through wild woodland, in an office full of books and papers and contraptions involving dials and wires, the 88-year-old presents his thoughts with a quiet, unshakable conviction that can be unnerving. More alarming even than his apocalyptic climate predictions is his utter certainty that almost everything we’re trying to do about it is wrong.

On the day we meet, the Daily Mail has launched a campaign to rid Britain of plastic shopping bags. The initiative sits comfortably within the current canon of eco ideas, next to ethical consumption, carbon offsetting, recycling and so on – all of which are premised on the calculation that individual lifestyle adjustments can still save the planet. This is, Lovelock says, a deluded fantasy. Most of the things we have been told to do might make us feel better, but they won’t make any difference. Global warming has passed the tipping point, and catastrophe is unstoppable.

“It’s just too late for it,” he says. “Perhaps if we’d gone along routes like that in 1967, it might have helped. But we don’t have time. All these standard green things, like sustainable development, I think these are just words that mean nothing. I get an awful lot of people coming to me saying you can’t say that, because it gives us nothing to do. I say on the contrary, it gives us an immense amount to do. Just not the kinds of things you want to do.”

He dismisses eco ideas briskly, one by one. “Carbon offsetting? I wouldn’t dream of it. It’s just a joke. To pay money to plant trees, to think you’re offsetting the carbon? You’re probably making matters worse. You’re far better off giving to the charity Cool Earth, which gives the money to the native peoples to not take down their forests.”

Do he and his wife try to limit the number of flights they take? “No we don’t. Because we can’t.” And recycling, he adds, is “almost certainly a waste of time and energy”, while having a “green lifestyle” amounts to little more than “ostentatious grand gestures”. He distrusts the notion of ethical consumption. “Because always, in the end, it turns out to be a scam … or if it wasn’t one in the beginning, it becomes one.”

Somewhat unexpectedly, Lovelock concedes that the Mail’s plastic bag campaign seems, “on the face of it, a good thing”. But it transpires that this is largely a tactical response; he regards it as merely more rearrangement of Titanic deckchairs, “but I’ve learnt there’s no point in causing a quarrel over everything”. He saves his thunder for what he considers the emptiest false promise of all – renewable energy.

“You’re never going to get enough energy from wind to run a society such as ours,” he says. “Windmills! Oh no. No way of doing it. You can cover the whole country with the blasted things, millions of them. Waste of time.”

This is all delivered with an air of benign wonder at the intractable stupidity of people. “I see it with everybody. People just want to go on doing what they’re doing. They want business as usual. They say, ‘Oh yes, there’s going to be a problem up ahead,’ but they don’t want to change anything.”

Lovelock believes global warming is now irreversible, and that nothing can prevent large parts of the planet becoming too hot to inhabit, or sinking underwater, resulting in mass migration, famine and epidemics. Britain is going to become a lifeboat for refugees from mainland Europe, so instead of wasting our time on wind turbines we need to start planning how to survive. To Lovelock, the logic is clear. The sustainability brigade are insane to think we can save ourselves by going back to nature; our only chance of survival will come not from less technology, but more.

Nuclear power, he argues, can solve our energy problem – the bigger challenge will be food. “Maybe they’ll synthesise food. I don’t know. Synthesising food is not some mad visionary idea; you can buy it in Tesco’s, in the form of Quorn. It’s not that good, but people buy it. You can live on it.” But he fears we won’t invent the necessary technologies in time, and expects “about 80%” of the world’s population to be wiped out by 2100. Prophets have been foretelling Armageddon since time began, he says. “But this is the real thing.”

Faced with two versions of the future – Kyoto’s preventative action and Lovelock’s apocalypse – who are we to believe? Some critics have suggested Lovelock’s readiness to concede the fight against climate change owes more to old age than science: “People who say that about me haven’t reached my age,” he says laughing.

But when I ask if he attributes the conflicting predictions to differences in scientific understanding or personality, he says: “Personality.”

There’s more than a hint of the controversialist in his work, and it seems an unlikely coincidence that Lovelock became convinced of the irreversibility of climate change in 2004, at the very point when the international consensus was coming round to the need for urgent action. Aren’t his theories at least partly driven by a fondness for heresy?

“Not a bit! Not a bit! All I want is a quiet life! But I can’t help noticing when things happen, when you go out and find something. People don’t like it because it upsets their ideas.”

But the suspicion seems confirmed when I ask if he’s found it rewarding to see many of his climate change warnings endorsed by the IPCC. “Oh no! In fact, I’m writing another book now, I’m about a third of the way into it, to try and take the next steps ahead.”

Interviewers often remark upon the discrepancy between Lovelock’s predictions of doom, and his good humour. “Well I’m cheerful!” he says, smiling. “I’m an optimist. It’s going to happen.”

Humanity is in a period exactly like 1938-9, he explains, when “we all knew something terrible was going to happen, but didn’t know what to do about it”. But once the second world war was under way, “everyone got excited, they loved the things they could do, it was one long holiday … so when I think of the impending crisis now, I think in those terms. A sense of purpose – that’s what people want.”

At moments I wonder about Lovelock’s credentials as a prophet. Sometimes he seems less clear-eyed with scientific vision than disposed to see the version of the future his prejudices are looking for. A socialist as a young man, he now favours market forces, and it’s not clear whether his politics are the child or the father of his science. His hostility to renewable energy, for example, gets expressed in strikingly Eurosceptic terms of irritation with subsidies and bureaucrats. But then, when he talks about the Earth – or Gaia – it is in the purest scientific terms all.

“There have been seven disasters since humans came on the earth, very similar to the one that’s just about to happen. I think these events keep separating the wheat from the chaff. And eventually we’ll have a human on the planet that really does understand it and can live with it properly. That’s the source of my optimism.”

What would Lovelock do now, I ask, if he were me? He smiles and says: “Enjoy life while you can. Because if you’re lucky it’s going to be 20 years before it hits the fan.”