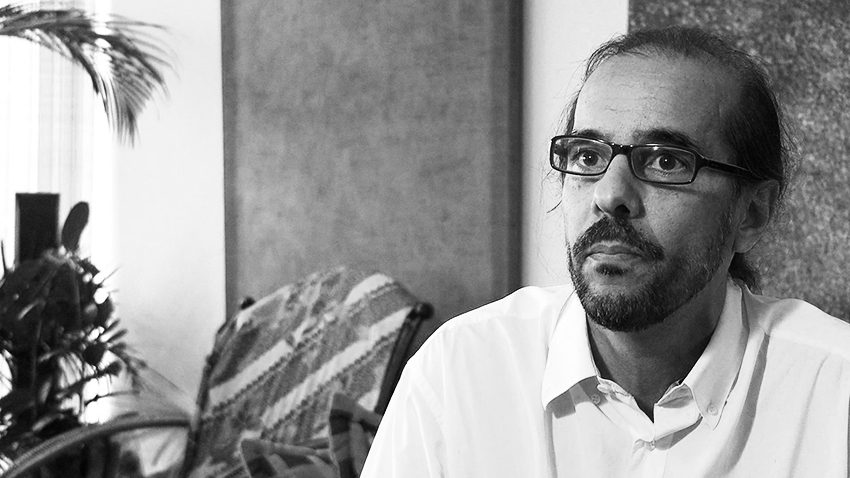 Posted at 09:12h in Read or Stay Stupid, Uncategorized by nicolas 0 Comments
2 Likes

Wagner Carelli: How did you arrive at the idea of Axel King? What kind of experience and background preceded it?

Leroy Brothers: The Axel King project has been a long process, but here it is in short. With a previous project, we invited non-visual artists, like musicians or writers, and asked them the question: “If you had a personal exhibition, what would you paint if you could paint?”. The guest artist then conceived a project and discussed it with us. Afterwards, we took care of the rest, meaning we made small scaled models of what the guest artist had in mind and did send it to painter workshops abroad. Once the paintings were finished, they were send back to our studios, where we held a solo show of that particular guest artist. We could say that Axel King is our self-made guest artist.

Wagner Carelli: How does it work, precisely? I¹d like you to describe the whole process in detail; from the moment the artists post their images and blurbs in the site until you have the finished product.

Leroy Brothers: It all begins on the Axel King website, which can be seen as his creative brain. www.axelking.com

Wagner Carelli: How is it like, I mean, the finished product? Are the pictures made always the same way ­ the same size, the same techniques? By the way, which are the possible sizes and techniques?

Wagner Carelli:How many of them you¹ve already have, finished? Where are they?

Leroy Brothers: The site has been online since short. We plan to have 34 paintings by September 2009. The ones already produced remain in the LplusL Art Studios.

Wagner Carelli: Have you already put an exhibition of this material? How is it marketed? Are the canvases for sale? How do you sell them?

Leroy Brothers: We had a couple of shows in Belgium and in The Netherlands and will have to big shows in China in September. One will be at the prestigious ShContemporary, Shanghai’s contemporary art fair, parallel to another one in a gallery, also in Shanghai. The project has also been selected for some art awards in Europe. The paintings are for sale at theLeroy brothers in Belgium and in France as in the gallery in Shanghai.

Wagner Carelli: Who, in China, are in charge of the actual work of painting? Who are these people? What do they do apart from your canvas? Where in China? Why China?

Leroy Brothers: We work since six years with painting providers from China with whom we build a strong relationship. The painters are well-skilled craftsmen who are specialized in reproductions. Most of the painters are located around the Xiamen area. We did chose China because of the high quality of the painters. They are still trained in a very academic way and really know the craft. A second reason is that we live in a globalized world where even art can be “made in China”. Just as nearly every luxury brand, we outsource production.
In the years, China received a pejorative name in terms of quality, due to corporate businesses choosing systematically for the cheapest. However, when you’re willing to spend more on production, you find great quality as well. And that is exactly what we do.

Wagner Carelli: How the community of artists has grown around the projects? How many are they? Are they friends of yours? Are there spontaneous associations?

Leroy Brothers: We would rather not categorize them as artists, but more as graphic designers or simply creatives. The community is still small but the real promotion of the site didn’t happen yet. Users now have mostly been testers of the site. We’re aiming to grow especially by word of mouth on the net and with press reviews and interviews, such as this one.

Wagner Carelli: Who is allowed to submit images and blurbs?

Leroy Brothers: Everyone who’s got statements to show the world is welcome to submit blurbs. As for the images, all graphic designers, illustrators and other creative image makers are the target audience.

Wagner Carelli: Who judges and select them, and in which terms?

Leroy Brothers: All registered users can vote on the works. Registering is free.

Wagner Carelli: Who merges them into the final image?

Leroy Brothers: From the moment the three bests are selected, they are mashed-up with a simple software program into one new image.

Wagner Carelli: Who and how is Axel King, the ‘person’? Tell about his name (how did you arrive at choosing it?) his origins, his working and artistic background, his education, his personality, his tastes and distastes, his temperament, age, astrological sign, his work and working habits, his hobbies, who are the people he mingles with, his friends etc.

Axel King is a flamboyant, dandy artist of today. Although he’s very open and social, he will always hide behind his sunglasses to avoid direct contact. ‘King’ is the translation of the French word ‘roi’, which is our name, Leroy Brothers. Axel King has no religion, no race and no nation. He’s the man of a harmonious world, a real cosmopolitan.

Now for the questions to Axel King: the book ‘Update II’ of the International Biennial of Digital Art you’ve sent us says that Axel King, the project, raises questions about the artist craft that are very interesting. I¹d like to hear Axel King himself answering them:

Wagner Carelli: Mr. King, are you really the artist behind these works? You didn¹t actually paint, nor even conceived them.

Axel King: Today, in Art, it doesn’t really matter who holds the tools, but who decides what the tools will do.

Wagner Carelli: If you¹re not the artist behind them, who are? And then, who are you? Are you an artist at all?

Axel King: I am the face of an innovative artistic machine, producing great paintings. I mean, without me, it wouldn’t exist, and I am therefor the artist of those paintings.

Axel King: I think being an artist nowadays is hard work. More than ever. We are so many creating great stuff, but it doesn’t seem to be enough anymore. You need to be public figure, entrepreneur, manager and workaholic at the same time.

Wagner Carelli: Leroy Brothers, your managers let’s say, are they still artists in the context of your artistic venture, or just management people?

Axel King: You could see them as my brain fathers, so they will supervise everything I do. They want me to be successful, and will steer me in my career whenever necessary. It’s funny, ’cause their artistic practice actually talks about me, so they certainly are still artists.

Wagner Carelli: Does you and the system you represent insinuate that artists should be managers, and probably vice-versa?

Axel King: Well, manager is such an ugly word… but yes, you need to manage how, where and when you will present yourself and your work. Wrong decisions can ruin a career, you know… I mean, sometimes it’s better not to show on every occasion you receive. To have a well stipulated plan is vital. Most artist don’t care about that and burn out on crucial moments in
their career.

Wagner Carelli: And what about the members of your community, who just post pieces of images to merge in a future work of art in your site ­ are they artists?

Axel King: They are definitely part of a great artistic project, but I would certainly not call them artists, as they are not. Most users are students or have a full-time job as graphic designer or illustrator.

Wagner Carelli: The Chinese painters, who just transport the graphic images to itsnon-virtual holder, the canvases, are they artists?

Axel King: They are great craftsmen that I respect a lot. However, their creative input is zero. You have to know, the Chinese mentality is completely different of what we are used to. For example, copying is an important part of the learning process, and copying is an honor for the one who has been copied. You need to see it more as monks who did copy entire manuscripts, over and over again. It’s not exactly the same, but it gets close. With this in mind, it’s easier to understand why so many things in China are copied. As for my copy painters, they count them amongst the lucky ones, who have an honest job they love to do.

Wagner Carelli: The finished work, the painted canvas, is it art, or just a product obtained in an industrial process?

Axel King: Obviously, it is Art. The whole system is one big, complex, everlasting installation from which the end results are paintings.

Wagner Carelli: Do you try to convey any broader ³message² beyond what just say the blurbs upon the images in your work?

Axel King: As the messages are a direct mirror of youth culture, the system itself talks about much more than just that. Globalization, new forms of Internet communication, virtual reality, crowd-sourced creativity, … to name just a few issues.

Wagner Carelli: Your work has obvious references to the collages and other expressions of the pop art during the sixties. Would you say it’s a post-modern approach of that art?

Axel King: My inspiration comes from much more than just Pop Art. Contemporary artists need to know art history well. My work could be referred to as far as that from for example Rubens, with his assistants producing paintings, or indeed Warhol with his Factory. When commenting on my work, I insist that it is vital to look at the broader picture. It would
be a pity if people would only reflect on the final result, which is the painting. What is more important is how the process puts in question the stereotypical views on art.

Wagner Carelli: You’ve said your work invites us to rethink concepts such as copyrights and authenticity. How?

Axel King: As well. We see it everywhere with the revolution of web 2.0. We live in a copy/paste era. Have a look at YouTube, Wikipedia, Myspace, ect. People use, adapt and reuse. You can be either pro or contra, but what I see, is that it’s a cultural phenomena that is launched and does not plan to go back.