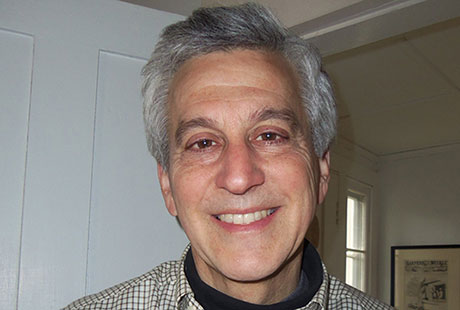 Posted at 09:38h in Read or Stay Stupid by nicolas 0 Comments
0 Likes

Antonio Masi does reasonably well as an artist, exhibiting and selling his paintings around the country, even abroad. If you had gone to the recent “American Masters” exhibition at New York’s Salmagundi Club (October 5-23), you would have seen three of the Garden City, Long Island-based artist’s paintings. That also would have been the only time you might see his work on exhibition in New York City. The problem is, he is a watercolor artist, with work averaging in the “$4,000-12,000 price range, not bad for contemporary watercolors but not high enough for New York City art galleries. “Dealers tell me they don’t want watercolors, because it takes just as long to sell a watercolor as it would an oil painting, and they can sell oils at a higher price,” he said. “When I have a gallery show, I always sell a few, but dealers here tell me that they can sell out a show of my paintings and still not make their rent.” As a result, he works through galleries in California and Connecticut where the rents apparently are a bit lower.

So, for visitors to New York art galleries who want to know why the prices are so high – or for artists who want to exhibit their work in those galleries – part of the blame may lie with the landlord, or the real estate market as a whole.

Rents are high, averaging $100-200 per square foot in Chelsea and $80-120 in the Lower East Side, and a number of galleries – including McKenzie Fine Art, Andrew Edlin, Zach Feuer, Foxy Productions, CRG Gallery, Casey Kaplan and Edward Winkleman – have left the higher rent art zone of Chelsea for the Lower East Side and the uptown Flower District within the past year.

The problem of high rent can be offset by moving where space is less dear, but galleries have few other options for reducing their costs. Payroll, after rent, tends to be the next highest budget item, which isn’t reduced by moving across town, and the usually small staffs can’t be outsourced to Asia. There are many other permanent gallery expenditures, such as the cost of attending art fairs, storage, insurance (health, premises, fine art), crating and shipping, entertainment, advertising and promotion, and none of these costs are lessened by moving.

“Rent is my highest single expense, thirty-three percent of my budget,” said co-owner Jill Weinberg Adams of Chelsea’s Lennon, Weinberg Gallery. Total monthly costs for the gallery generally range from $80,000 to $100,000, and the higher expenses have changed the nature of the gallery. “When we came to Chelsea, you could run a gallery on what you sold from your exhibitions of living emerging artists, but now you can’t. We’ve learned that in order to support those exhibitions, it’s increasingly important to represent a prestigious estate or two and to have sales on the secondary market, because those are more reliable income streams.” She added that “my back room is very important to me.”

There is a similar narrative at the Maxwell Davidson Gallery on West 26th Street, which costs between $50,000 and $80,000 per month to operate and where rent is somewhere between 15 and 20 percent of the monthly budget.

At CRG Gallery, sales at the half-dozen art fairs in which it participates annual subsidize the brick-and-mortar gallery, providing half of its annual earnings, said co-owner Richard Desroche. Reducing the number of art fairs that it attends, which each cost between $50,000 and $100,000 (for booth rentals, shipping, lighting, accommodations, dining, travel, entertainment and sundries), would do more harm than good, since those events have become lifelines for the gallery. Among the other gallery expenses that were off-limits, Desroche said, were storage (five percent of the monthly budget) and insurance (seven-and-a-half percent).

Of course, some unanticipated expenses just pop up for gallery owners. “Artists expect all sorts of financial assistance,” said Helene Winer, co-owner of Chelsea’s Metro Pictures gallery. “When artists want to finance a project, the first place they turn to is their galleries.” She added that “contributing to costs of museum and biennale-type events for artists, which is a relatively new expectation that affects galleries’ ability to keep their artists” are additional expenditures that cannot always be budgeted in advance. “It’s our job to help.”

Reducing overhead helps, but pressure is still on to sell, sell. “I have to sell 50-70 percent of the works in the shows in order to break even,” she said. “If you have one poor-selling show, you feel it for months.” Art prices may seem high to visitors to exhibitions, but discounts of five or 10 percent are more often the rule than not and half the sale price goes to the artist (the gallery commission is considerably less for secondary market consignments). Richard Desroche claimed that, if an art fair costs the gallery $100,000, he needs to sell $250,000 in art just to break even.

In other industries, when there are increases in the cost of doing business one raises the price of goods being sold. United Auto Workers’ contractual pay hikes traditionally are passed on to consumers in the form of higher car prices, for instance. However, if a gallery owner’s landlord doubles the rent, the dealer cannot simply jack up prices for an artist’s work. “You don’t price things related to our costs but relative to where the artist is in his or her career,” said John Thomson, founder and director of Foxy Production. If a dealer pushes prices beyond the market level for an artist, the dealer won’t make his rent, either. An emerging artist cannot be priced like a successful mid-career artist just because a dealer’s costs have risen. Additionally, many artists are represented by more than one gallery, sometimes in different cities, and other dealers all would have to agree to the same price changes. In practical terms, increased costs for rent and anything else tend to be swallowed by the gallery.

It is easy, and perhaps traditional, for artists to blame dealers for their woes, but the high cost of operating a gallery in New York is neither the dealer’s nor the artist’s fault. The pressure to sell moves down the food chain to the artist, whose tenure at a gallery becomes increasingly reliant on regular sales, especially when the gallery needs between half and three-quarters of works in a given exhibition to find buyers in order to break even. “Galleries can only afford to carry X number of artists whose sales don’t cover the cost of their promotions,” said a gallery owner who asked not to be identified. “The operating costs can also begin to impact which new artists you can afford to take on.” There are drawbacks to selling directly to buyers and avoiding the gallery realm — especially the New York City gallery realm — altogether, but artists who are trying to establish or maintain a career might find those drawbacks pleasant by comparison.